This new book addresses four major themes through articles published over more than a ten year period on University Engagement.

First, there is scrutiny of how higher education as a system was transformed from what was intended to be democratic diversity to a selective hierarchy of institutions, whose major task appears to be ‘sorting them out’ for the labour market- a process still underway as the marketisation of universities proceeds. The full scope of university engagement (see for example, the very wide range of content in the Engagement Australia publication Transform:  Journal of Engaged Scholarship on this website) cannot offer a panacea- this is beyond the scope of the institutions and this book. Early consideration is given to mass higher education which was the revolutionary transformation that never quite happened. What actually occurred was the creation of a global industry of higher learning opportunities. However, we argue that the social purposes of a university require critical thinking and civic engagement in the big and ‘wicked’ issues of our time including that of reformulating our idea of what a community is. Universities are still the public educators for a democratic society and engagement is at the core of their reason for being.

Second, the question is considered of how universities and schools have handled the fact that the curriculum matters. Knowledge and academic disciplines matter and the rush to specialisation in universities has diminished general knowledge and skill. A universal literacy and critical awareness has been abandoned in favour of early vocational specialisation. We argue for an engaged curriculum and a critical pedagogy which has really useful knowledge at its centre and which can examine the crucial issues of the day with a purpose. That purpose is to bring about the possibilities of change, social justice and an improved social result through learning and teaching. Students thus need to know about what really matters.

Third, we explore the fact that we live mediated lives and that the internet is the biggest thing in many people’s lives. If we are to use learning then we must pay attention and so we have given attention to the pioneering thinking of Mathew Crawford for example, who has charted some of the stultifying effects of digitalisation and internet addiction , especially by young people. Knowledge has exploded into availability but paying attention requires critical reasoning and thinking. This does not come about by accident but by curriculum renewal. Internet and digital dependency is now a major threat to learning autonomy and individuals are losing what we call personal autonomy as their lives become ever more circumscribed by the internet and its products which are almost always produced for them as consumers. We suggest this is an existential challenge with significant implications for the future because real life lies beyond the screen.

Fourth, we consider universities in a changing world and some of the threats modernity has brought with it. The book concludes with chapters on the recurring crises in ecology , climate change and the global environment, the need we have for indigenous knowledge to contribute to our intellectual and social life and the desirability of a shared social identity which challenges social exclusion and social injustice. We suggest there is no league table for universities which can rank and assess this form of action and learning and that we can do things differently and better. This is why we called the book ‘Engagement Matters’. 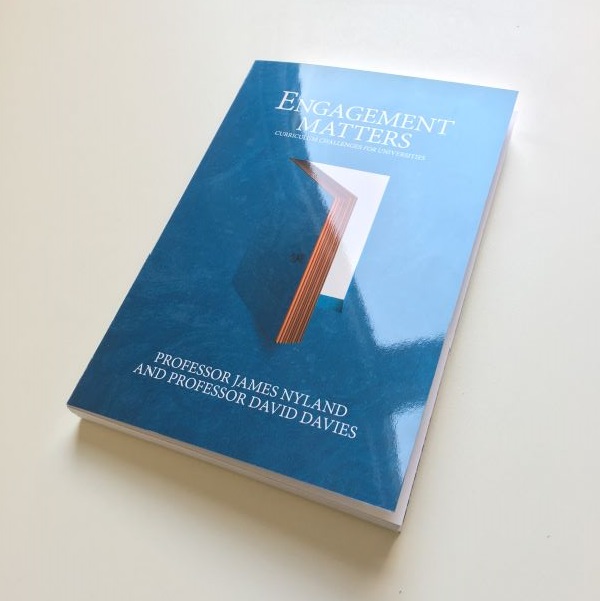