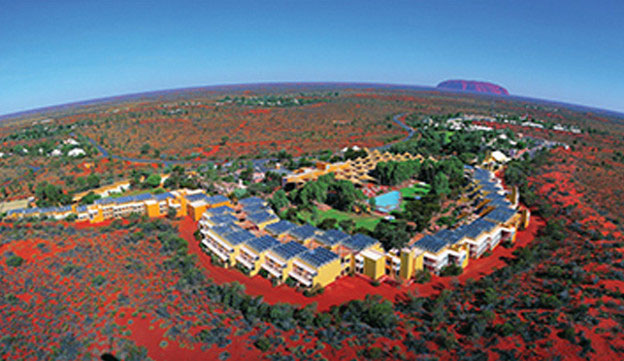 Posted at 14:35h in What's On by Redsteps
Share

Palya!  (Hello! in Pitjantjatjara – the language of the Aboriginal people of the Central Australian Desert).

We are excited to announce the Global Community Engaged Medical Education Muster will take place from 27-30 October 2014 at Voyages Ayers Rock Resort – located in ‘The Red Centre’ and situated adjacent to Uluru (also known as Ayers Rock), one of Australia’s most recognisable natural landmarks.

‘Muster’ is a term primarily used in Australia to refer to the roundup of livestock. However, it can also refer to the calling forth of people to a gathering. ‘The Muster’ will bring together internationally recognised leaders in community engaged medical education and will continue to stimulate important discussions about key concepts and practices at the forefront of medical education: Longitudinal Learning, Community Engagement, Social Accountability and Aboriginal Health.

Along with a vital scientific program which has become the tradition of these conferences, a key feature of the 2014 Muster will be the time set aside for community of practice discussion and reflection. Key features include ‘white space’ in the program and conference dinners to start and conclude the conference. The 3 day conference has been designed to fit in with the logistics of travel and the Central Australian climate to maximise the opportunities of both a formal and informal program.

View the Objectives and Themes (PDF 121KB)   The 2014 Muster is the fourth conference to be hosted by Flinders University and Northern Ontario School of Medicine.  Partners in presenting the 2014 Muster are James Cook University, Federation of Rural Australian Medical Educators (FRAME), Training for Health Equity Network (THEnet) and Consortium of Longitudinal Integrated Clerkship (CLIC).  We call you to muster at this conference.