View from the Chair – The Goals of a 21st Century University 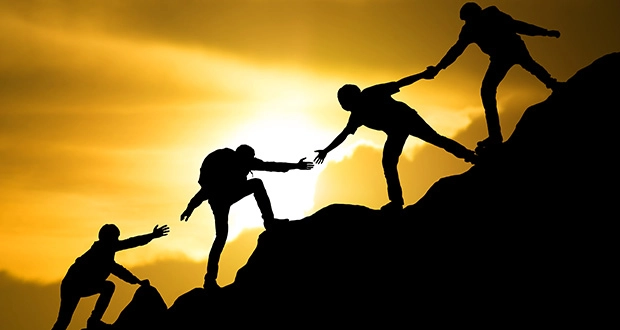 Today, a university’s engagement is a kaleidoscope. It extends far and wide and reaches into schools, colleges, industries, commerce, research and development and employment of almost every kind. Universities are ubiquitous throughout communities in every land. The sheer and simple presence of universities in public life is a fact of astounding proportions on a world scale: whereas once universities were a refuge from normal life, where young people in particular delayed their entry into work and ‘real life’ they are now engaging with the question of what their social purpose and function is in a fast changing and uncertain world. Universities are everyone’s business.

The challenges of reconstructing a university mission for the 21st century, the problematic nature of community engagement, developing local regional and metropolitan-wide provision simultaneously, achieving social justice through educational interventions and the role played by cultural knowledge for individuals are all issues currently under consideration, with no obvious consensus emerging. The ‘anchor’ function of the engaged university with its emphasis on multi-tasking and operating in many ‘markets’ can be contrasted with the primary role of the university as a public educator. The fact that we are living in the digital world cannot be ignored; neither can the cognitive concerns of learning skills in an age of information and surveillance capitalism which offers great challenges to the core values of liberal western democracy. There is in this century a crisis of knowledge which in some ways repeats that of the dawn of mass higher education in the last decades of the 20th century – but with a new and entirely distinctive emphasis on the digital revolution in information and data generation and the presence of actual and potential threats to our planet and existence of natural and human-made catastrophes.

The value position which is emerging is transparent: in the developing 21st century we need universities which exist for a social purpose where learning can transform lives in a world of uncertainty and instability. Our current education system requires a university curriculum where programs of study, methods of learning and teaching, critical thinking and analysis, methods of assessment and frameworks of dialogue and critique are designed for specific sets of social purposes to meet the challenge of change which modernity inevitably brings. This challenge is ever more urgent and contested.

There are many models and examples of good practice in the management of universities. The work of Professor Sharon Bell illuminates the possibilities of universities situating themselves within communities and regions as anchor institutions. (1) Whilst acknowledging that universities may be in the vanguard of the advancing knowledge economy and have in many places replaced the manufacturing economy of an earlier era, there can be little doubt that many key issues and wicked problems have not been addressed by this process and that the broad university curriculum has not yet successfully addressed the deep and abiding pockets of deprivation and intergenerational disadvantage which continue to bedevil our societies.

We are now living with threats to our existence that require a critical ecology of learning. These threats such as mass poverty and starvation, rising global temperatures and levels of pollution, dispossession and displacement through war and aggression against minorities are in fact places of pain and often of      suffering and yet must surely be places where we learn to be different. The destruction of the environment and earth’s resources shows us a world that burns and is in need   of urgent reform and change. Our cultural and social identity is in need of a viable ecological identity and we surely must end the war with the natural world that has fuelled our economies for generations. The series of global health pandemics and environmental catastrophes in the 21st century, impacting people across the world, signals   a social deficit: people can no longer control their own futures. For some it is easier to   imagine the end of the world than to imagine the ending of the social and economic   system which is destroying their world. For educationalists this means the ecological  crisis is at the same time a crisis of the curriculum; a crisis of what and for whom is knowledge produced and in whose interests is it consumed? We currently have no ‘universal literacy’, that is, knowledge and skills which is adequate to the task facing us as the ecological crisis deepens.

There are definitive trends in modern mass higher education which deny the subjectivity and agency of individuals and which by inference deny the reality of the communal and social experience. Gigantic university campuses seeking economies of scale find difficulties in responding to the needs of individuals; the corporate giants of the digital world construct life-styles and alternative realities for billions of consumers who are made passive consumers of things produced elsewhere. Internet addiction sucks the capacity for agency and activism out of the lives of many who can more easily imagine the end of the world than the ending of their dependency on a service provider. Meanwhile human activities are heating the world’s atmosphere creating an energy imbalance and a literal host of climate crises which are a perfect storm of threats to human existence in large parts of the planet. Health pandemics since the turn of the century have killed millions and threatened billions more and poverty and deprivation stalk the earth. Many millions of refugees are in search of a safe and secure home and a decent future whilst local and regional wars threaten to create even more anxiety and distress.

The question is how can the engaged university respond to the need for learning and education which addresses these issues? How can we affirm the rooted settlements where people live, work and have placeable identities as a living part of a multi-faceted yet anchored university? How can university knowledge become infused with other forms of knowing, including indigenous knowledge? The cultural and social role of the university will need to change if the social determinants of university life are to be translated into the lived contingencies of people’s experience. Universities are in the knowledge business but they are also in the identity business and though no easy resolution of who belongs to what is possible they must surely engage with the problem of living with and acknowledging difference. Engaged universities must be open in their connections to communities and be open to the versions of identity they encounter and sponsor. Engagement Australia suggests that this is above all a curriculum matter that matters. It is a vital part of what is shaping the goals of the engaged university, in this third decade of the 21st century.

Notes
Bell, S. (2019) ‘Re- imagining the university as an anchor institution’, Transform: The Journal of Engaged Scholarship, No.1 2019, Engagement Australia. See also Brink, C. (2018) The soul of a university: Why excellence is not enough, UK: Bristol University Press.